History. With roots back to 1991 as a recording studio, CEI reinvented itself as an AV company in 1995. By 1996 CEI was heavily involved in the 1996 Atlanta Olympics and a growing number of national accounts. We became known for our ability to manage multiple high-level projects and simultaneously affordable papers with extremely tight schedules on time and on budget. CEI has grown into a national design-build AV integrator and contractor, servicing thousands of clients nationwide.

Mission Statement. We strive to be a healthy and profitable company having the resources to provide value and excellence to our customers, our employees, and our vendors. We want to be invaluable in our relationships through experience, knowledge, communication, and execution.

CEI’s Philosophy. Very simply, relationships matter. If you surround yourself with great people and always try to do what’s right for the client you can build the type of reputation we’ve developed. Communication and organization is the key to success and detail and follow through are paramount in providing the highest level of customer experience. We are a team and we aim to always exceed expectations and leave everything better than we found it. We strive to be better every day.

Join our CEI team of national service providers. CEI has established a national network of approved contractors to help us manage our growing customer base. Excellence in products and services are core values at CEI and the affiliates that represent us must share and support our values. It is always our intent to provide our clients with the highest installation standards and attention to detail. If you are interested in joining our team of national installation and service providers, please contact us at 800-464-8197 or send an email. 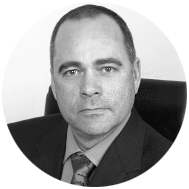 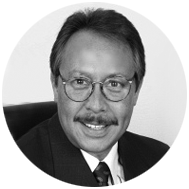 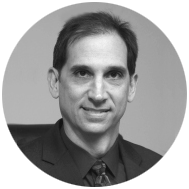 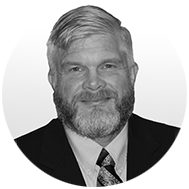 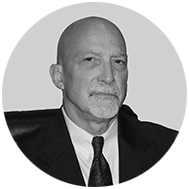 Val Dempsey has been involved with AV production since the 1970’s when he was producing concerts in the Bay Area while in high school, then touring with various bands and managing acts that opened for the likes of Atlanta Rhythm Section, Steppenwolf, Mothers Finest, and Dixie Dregs.

Val started working his recording and studio interests that were supported by various construction and building-related jobs, becoming the Chief Building Engineer for Peachtree North Apartments next to the Fox Theater in Atlanta, Georgia, and then Assistant Engineer at Atlanta Plaza. This was a ground-up, state-of-the-art building that allowed him to understand how buildings, construction, and large systems worked. By now Val had a background with experience in electrical, mechanical, and communications systems as well as the construction process. In 1997, Val partnered with David Lowell, President of Seriously Sound (SSI), a concert production company based out of Atlanta GA that was starting to do permanent installations of audiovisual systems. Val was President of the commercial division and oversaw the installation of systems for major concert venues, commercial buildings, entertainment facilities, and hospitality environments.

In 1991 Val started a recording studio business that provided business production services called Holding Patterns. He enlisted his friend Dave Lee, who Val refers to “as one of the sharpest people I know,” to help run the company. After a successful run with SSI, Val left SSI to start his own AV company, CEI and merged the studio business with his AV interests in 1995. Dave Lee came on board as a partner and the rest is history. The company grew rapidly during 1996 with the Olympics in Atlanta during which Val mastered, timed, and edited all of the program material and the National Anthems for every country participating in the 1996 games. The company has grown into a national provider of AV and low voltage services for major national corporations in hospitality, fitness, live performance, corporate environments, and houses of worship.

Dave has benefitted from the diversity of his education and his previous employment in several different industries. His higher education included a 1974 US senatorial nomination with multiple semesters on the Dean’s List at the US Air Force Academy in Colorado Springs. After that, he gained valuable real-world experience from positions he held in several different direct sales environments. the corporate hospitality, and the food and beverage industry. In the late 1980’s he began his entrepreneurial career, founding and operating his own bar and restaurant supply business. His passion and hobby has always been for electronics so it seemed like a perfect fit when in 1995, the opportunity arose for him to form a partnership with his old friend, Val Dempsey, and start a new venture called Communications & Entertainment, Inc. He remains excited about the company he and Val have grown together over the years and still feels that there is absolutely nothing else in this world he’d rather be doing.

He joined the CEI team in 2001 and his role as Senior Sales Consultant sees him working with clients ranging from local entities to national Fortune 500 companies. He works directly with his clients in determining their long-term needs and whether working in an engineering capacity himself to create all of the necessary documentation for projects or working with the CEI engineering team to create these, he works to ensure that the end product delivers unmatched customer satisfaction.

Originally from Baton Rouge, Louisiana, Michael enjoys playing the drums, cycling, rooting for his LSU Tigers and New Orleans Saints, and is a triathlete and Ironman finisher.

Rodney is the Vice President of CEI and began his career in security after graduating from Jacksonville State University with a Bachelor of Science Degree in Computer Information Systems. He began working as a support engineer, followed by network engineering for a company called Digital Equipment. Afterward, Rodney worked with KMC Telecom as an integration supervisor where he did deployments for voice over IP. He went on to work with AT&T as a network engineering manager, and later the Director of Sales and Marketing for Identica. After a few years, he moved to an Account Executive position with a Fortune 100 company, where he was among the top 10% in the country for sales. After eight years in this position, Rodney took a new role as the Senior Vice-President of Business Development and Marketing at Southeastern Security Professionals. Here he helped grow the company by 38% over 4 years.

David grew up in Indianapolis, Indiana, and as you can guess, is an avid Indianapolis 500 fan and has attended most of the events since 1969. He moved to Atlanta to attend Georgia Tech and after a brief period, returned to Indy in 1980 and started designing and installing car audio. During that time, he connected with some of the innovators in Home Theater and Home Automation. Those innovators were the founders of CEDIA, the governing body of what we know today as Residential A/V. David returned to Atlanta in 1986 and has continued in the Residential/Commercial Custom A/V industry for the last 34 years. In his off time, David enjoys any motorsports event, boating, and riding his motorcycle.